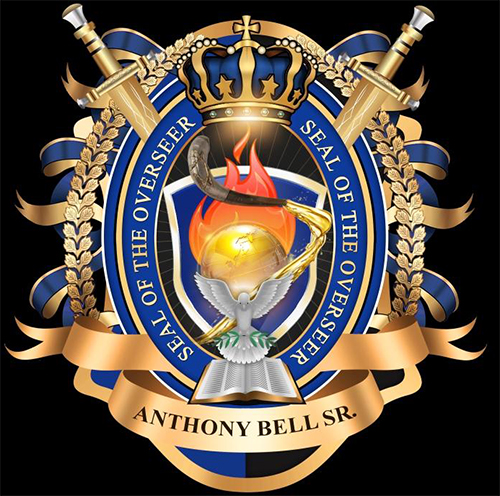 Elder Anthony C. Bell, Sr. was born the fourth child of fifteen siblings in the city of Detroit, Michigan to the late Bishop James E. Bell Sr. and Pastor Mary A. Bell, Pastor of the Greater Zion Temple Church of Detroit, Michigan. Elder Bell later was united in holy matrimony to RaDonna K. Bell in the year of 1990. To this union was born six blessed and gifted children.

On December 14, 1997 Elder Bell was licensed and ordained as an Elder of Community Christian Fellowship Ministry. While continuing to serve as Minister of Music, Elder Bell also attended the S.E.A.D. Bible Institution where he studied Old and New Testament Surveys, Hermeneutics, and Biblical Theology. Elder Bell was later ordained as the Assistant Pastor of the Community Christian Fellowship Ministries where he served faithfully. Elder Bell and his wife has traveled preaching and teaching the Word of God making full proof of the team ministry that God has given them. Through this team ministry they have taught various seminars, Marriage Retreats, Praise and Worship Conferences, and many other Conferences around the globe.

Elder Bell under the divine leading of the Holy Spirit made his home in Colorado Springs, Colorado in 2007 where he served under the dynamic leadership of Pastor Jim Dotson. Elder Bell served as the Minister of Music for the Trinity Missionary Baptist Church family where he continued to work out his soul salvation with fear and trembling until the Lord Jesus returns.

Elder Bell later united with the New Jerusalem Baptist Church where he served faithfully as the Minister of Music under the leadership of Pastor James H. McMearn.

Elder Bell under the leading of the Holy Spirit organized the Restoration of Life Ministries International Church on October 6, 2013 where he serves as the founding Pastor using every gift that God has given him as vehicle for ministry.

Pastor Anthony C. Bell Sr. attributes all of his success to three things:

Please continue to pray for Pastor Anthony C. Bell Sr. as he continues to allow God to use him as a vehicle to spread the gospel of the truth throughout the world.